The History of Chinese New Year and Lantern Festival Traditions

As the largest Chinese lantern festival producer in North America, Tianyu Arts & Culture, Inc., is proud to share our cultural tradition that dates back nearly 2,000 years to the Eastern Han Dynasty. 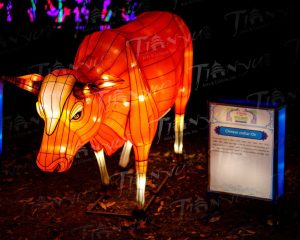 Historically, the Chinese lantern festival would take place on the 15th day of the first month of the Lunar calendar (known as the Yuan) – which usually occurs in February in the Gregorian calendar. We honor our deceased ancestors while promoting peace and reconciliation by lighting lanterns as we celebrate the New Year.

As we approach the Chinese New Year on February 12 (marking the year of the Ox in 2021 and lasting through February 26), we wanted to share the origins, craft, and cultural experiences that we traditionally associate with the lantern festival.

Origins of the Chinese Lantern

The Chinese lantern tradition is believed to have originated in the Han Dynasty (206 BC to 220 AD) when Buddhist Monks would honor Buddha by lighting lanterns on the 15th day of the lunar year. The tradition quickly spread across China and would evolve throughout the centuries. The earliest evidence of the lantern festival (or the Yuanxiao Festival) is found during the Tang Dynasty (618-907 AD), at which point people had started to create lanterns representing peace and power in China.

There are countless legends and myths surrounding the Lantern Festival that have survived the centuries, which is a testament to both China’s rich oral traditions and the festival’s historically mysterious origins.

Leaders throughout China’s history have also played a key role in influencing and maintaining the lantern traditions. 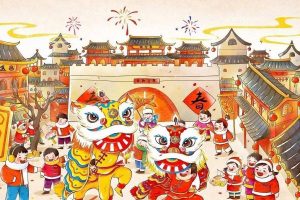 During the Ming Dynasty (1368 AD – 1644 AD), Emperor Zhu Yuanzhang introduced the floating lanterns and had citizens place thousands of them in the Qinhuai River.

There’s even a legend of the Lantern Festival’s origins that involved a Jade Emperor (You Di) who accused a village of killing his goose and planned to burn it down as punishment for their crime. However, a spirit intervened and told the villagers to light lanterns across the town on the day the emperor planned to burn their village. When the emperor arrived, the lanterns made it appear as though the village was already consumed by fire, and so he left it behind unharmed. The village was spared, and to show their gratitude to the spirit, the villagers celebrated every year by decorating their homes with lanterns. 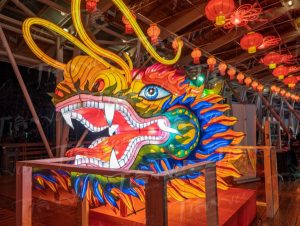 What Makes A Lantern

Although the most recognizable lantern is the illuminated orb, artisans became more ambitious with their designs and soon developed complex shapes and colossal sizes.

A lantern’s main structure is typically made of bamboo, wood rattan or wire, while the shades are made of silk or paper are typically red with decorative gold designs symbolizing warmth, happiness, and good fortune. A common festival activity is solving riddles hidden away in the lanterns, which, if answered correctly, will earn you a small gift! 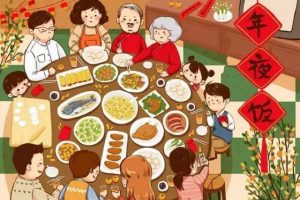 There are many activities that are commonly associated with the Lantern Festival, though no celebration is complete without food.

Enter the yuanxiao, a delicious rice ball filled with nuts or fruits that is traditionally found in Northern China. Its round shape and the bowls they are served in symbolize togetherness. These tasty treats also appear in Southern China but are called tangyuan and are molded into a flat circle before getting wrapped around a filling that can be either sweet or savory. While yuanxiao only use sweet fillings like red bean or jujube paste, the tangyuan can be stuffed with minced meats or vegetables.

Whether you like them fried, steamed, or drenched in delicious syrup, these wonderful festival treats are a key part of any lantern festival.

While you’re admiring the beautiful lanterns or enjoying a tasty rice ball, festival-goers can expect to see plenty of exciting spectacles such as lion and dragon dances, parades made up of thousands of singers or performers, and even fireworks.

It’s a celebration that often stretches from sunset to the early hours of the morning and, although Tianyu’s Lantern Festivals can’t quite capture all the aspects of these events, we still strive to help share the culture and artistry that inspires them.

We hope you learned a thing or two! Enjoy your New Year celebration and create your own Lanterns with our Lantern Art Challenges, created for you so that you can make your own masterpieces.