China has an exceptionally rich culture that dates back thousands of years. As one of the oldest countries in the world, China is known for having one of the highest populations and tourism rates. From a global perspective, people have come to appreciate and endear China as a country known for its timeless traditions.

A History of Chinese Culture

Chinese history dates back to more than 5,000 years ago, and it has evolved gradually over the millennia since then. Throughout history, the Chinese culture has changed in its practices but remained steadfast in its values.

During the Middle Ages, conditions in China were often significantly better than those in medieval Europe, and this means that the Chinese culture had a much longer period to evolve. The reason for this is that China managed to avoid many of the problems associated with the Middle Ages, such as war, political instability, and other conflicts.

In addition, China was involved in extensive trade during the Middle Ages, and this is especially true with regard to the silk trade. China’s silk trade along the silk road allowed the country to sell silk as far as Europe, and the influence of China’s past in the silk industry has caused artistic silk designs to continue to play a strong role in the culture of China today.

After the Middle Ages in Europe, contacts with Westerners began to increase, and this influenced certain aspects of the culture. In addition, many key aspects of China’s cuisine have their roots during this period of time, such as hotpots.

The Modern-Day Culture of China

Many of the western influences on China’s culture are a very recent phenomenon, and many American corporations currently have branches in China, such as fast food chains. In addition, it has become much more common for people in China to be familiar with English than in the past, and this has made it much easier for Westerners to communicate with people in China. Furthermore, the industrialization of China has led to an increasingly urbanized culture. 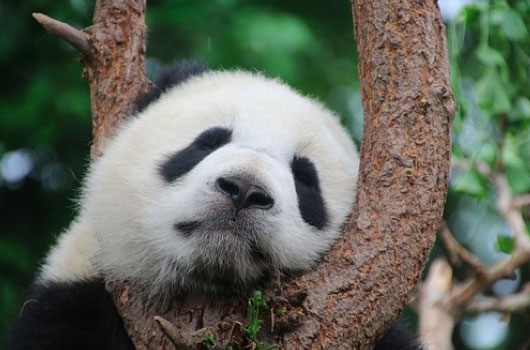 The Traditional Dishes of China

China has a unique and rich cuisine complete with many dishes that are unique to the country, and many of these dishes have been passed down from generation to generation.

Peking duck is a popular Chinese dish, and it is especially popular in the area near Beijing. This dish has been popular since the Imperial days in China, and it involves a specific procedure for raising and preparing the bird.

Hotpots allow food to remain heated during the meal with a small tabletop stove, and there are many different types of dishes that can be served in a hotpot. Often, thinly sliced meats and vegetables are included.

There are two main theories as to how hotpots became an important part of Chinese cuisine. According to one theory, the tradition began when an emperor during the Qing Dynasty developed a love of hotpot cuisine, and his son had a celebration after reaching the throne. Since the celebration was large and included more than 1,500 people, hotpots began to become popular amongst ordinary people in China.

However, according to another theory, the hotpot became popular simply because it can be a great way to unite family, colleagues, and friends. Not only does the close nature of the dining help to unite people, but the warm air from the stove helps to make people feel more at ease. 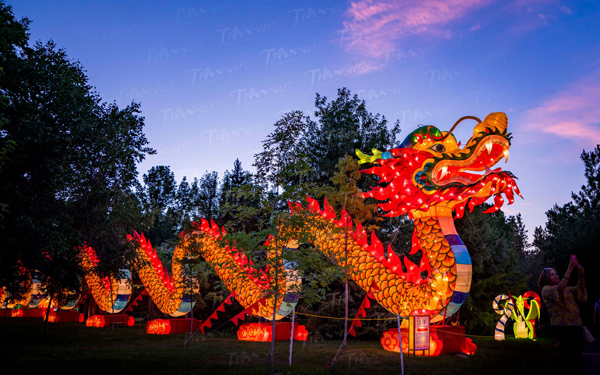 Lantern Festivals are an Important Part of Chinese Culture

Lanterns are a very important part of the Chinese culture, and traditional lantern elements include bamboo, paper, silk, and wood. Lanterns can be floating, flying, or hanging lanterns, and colorful lanterns can also be created life-size to resemble animals, mythical creatures, and folk customs.

People from around the world are attached to lantern festivals which are artistic events to celebrate the Chinese culture by having colorful lanterns of all shapes and sizes. Lasting for around a month, one of the most popular festivals is the Zigong Lantern Festival which is also one of the largest folk cultural activities in China. This festival spans back centuries and originated with the Tang Dynasty (AD 618-907). Full of cultural attractions and activities, the festival includes several smaller fairs including the Lion Lantern Fair, Mantianguohai Lantern Fair, and Niu’er Lantern Fair.

The Practice of Drinking Tea Originated in China

Prior to interactions between Westerners and those in China, the practice of drinking tea was largely unknown in the west. There are many different types of tea that are traditionally consumed in China, and these teas can be found in a wide range of flavors. This practice began during ancient times, and it was consumed both for its flavor and medicinally.

The Regional Differences Within China

In addition, the main language of Tibet is Tibetan, and this has important differences from the dialects of Chinese. In addition, Tibetan artwork contains unique forms of symbolism, such as the use of mandalas.

The mandarin culture is dominant in the northern part of China, especially the northeastern region of the country. This includes the major cities of Beijing and Shanghai, and there are some customs that are unique to Mandarin culture in addition to the dialect. Here are some important things to know about Mandarin-speaking China: 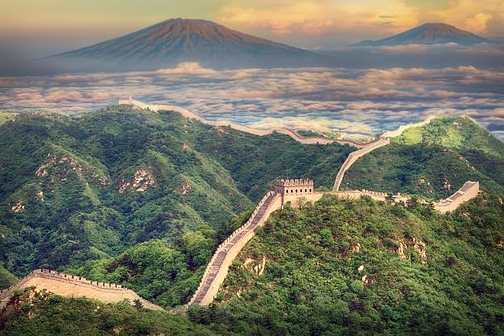 The Religious Beliefs and Philosophy of China

The predominant religious beliefs in the country vary significantly by region, and within China, there are several religious believes common to the people.

Unlike most religions, there is not a specific deity associated with Buddhism, and the religion focuses more on one’s own spirituality instead. One of the tenets of Buddhism is a circle of life, and this includes the concept of reincarnation. According to Buddhism, living a good life brings one closer to nirvana.

Taoism is an ancient philosophy that dates back to the 4th century BCE. This faith incorporates shamans into the religion, and there are both male and female shamans in Taoism. In addition, Taoism plays a significant role in many forms of Chinese artwork.

This religion is also known as Ruism, and it was started by a Chinese philosopher during ancient times. The name of this philosopher was Confucius, and he developed a humanistic philosophy that includes the “Golden Rule” of do onto others as you would have them do unto you. However, it does not include any deities, but the philosophy that is taught is quite wide-reaching and covers many aspects of day to day life.